The National Trust initially acquired the stretch of coastline known as Blakeney Point in 1912 following a public appeal.  At the time Professor Francis Oliver from University College London recognised the unique and significantly important ecological and biological habitat found on the land formation. We have now cared for this special place for over 100 years and over this time, gradually acquired the surrounding foreshore and saltmarsh. Blakeney Point is now the focal point of an accredited National Nature Reserve, Site of Special Scientific Interest and is encompassed in an Area of Outstanding Natural Beauty. We look forward to continue caring for this special place in the future for everyone for ever.

The wide open spaces and uninterrupted views of this natural and dynamic coastline make Blakeney an inspiring visit at any time of year. The moving tides, covering the marshes or exposing the harbour, and the changing light of Norfolk’s big skies make for an ever changing scene. Snow Buntings and Brent Geese can be spotted on winter walks on the windswept beaches, while in the summer you can enjoy the spectacle of diving, screeching terns over the sea and the purple mass of sea-lavender on the salt marshes.

Blakeney NNR forms part of one of the largest expanses of undeveloped coastal habitat in Europe. The reserve includes large areas of pristine saltmarsh, freshwater marsh, vegetated shingle and sand dunes. It is famous for its internationally important sea-bird colonies, rare migrant birds and, of course, its seals.

Blakeney Point, part of Blakeney National Nature Reserve, is the oldest nature reserve in Norfolk, handed to the National Trust in 1912 following a public appeal. The reserve is now recognised and protected by a raft of national and international designations.

Blakeney Point
A four-mile shingle spit, growing westwards out to sea. The shingle forms a rare habitat valuable for unusual plants, insects and birds. Sand dunes have formed over hundreds of years on the shingle and host their own diverse range of special wildlife. Access to the western end of Blakeney Point is restricted from April to mid-August to help protect the ground nesting birds.

Seals
Common Seals and Grey Seals regularly rest on the sandbanks and beaches around Blakeney Point. The best way to see the seals (and the terns) is by ferry from Morston Quay. All the ferries are operated by local families independently from the National Trust. Viewing the seals on foot is only possible for a couple of hours either side of low tide from April to the end of August. Please follow on site instructions. 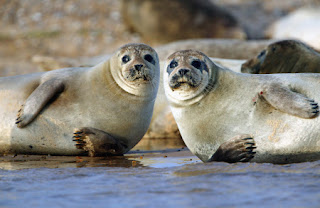 Common Seals give birth to their pups in June and July. The larger Grey Seal gives birth to a white coated pup in November/December. The pup is unable to swim for around three weeks. The Grey Seal population at Blakeney has boomed in recent years, from just a handful in the 1980s to a now thriving breeding colony producing several hundred pups every winter. 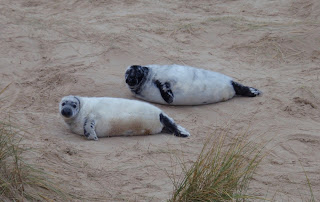 Terns
Some years Blakeney Point can host more than 3000 pairs of breeding Sandwich Terns,  which is over 30% of all the UK’s breeding population. Common Terns, Little Terns and Artic Terns also nest on the Point. 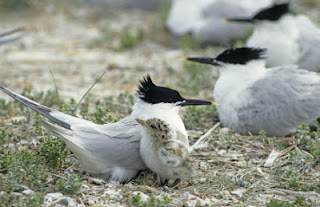 Saltmarsh
Large expanses of saltmarsh, full of specialist plants and meandering creeks, stretch from Blakeney to beyond Stiffkey. These areas are regularly covered by the tide so seek local advice and always check tide times. 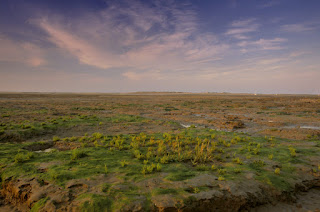 Lifeboat House
The iconic building originally built in 1898 with the distinctive curved roof and latterly the addition of the conning tower is a seasonal visitor centre with information panels inside and out. The building was de-commissioned from the RNLI in 1935 and is now accommodation for our coastal warden team. 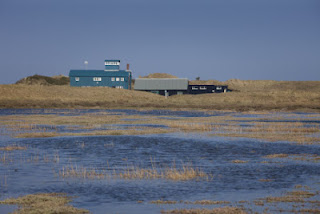 The Watch House
The solitary building on the horizon has had a number of previous roles, firstly a Customs and Excise look out for smugglers, it then became a HM Coastguard station and then in 1932 it was purchased by the National Trust. 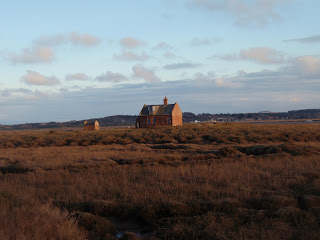 Blakeney Freshes
This is a large area of fresh water marsh and reedbed, excellent for breeding waders and wintering ducks and geese. In the summer, look out for Marsh Harriers hunting over the reedbeds. 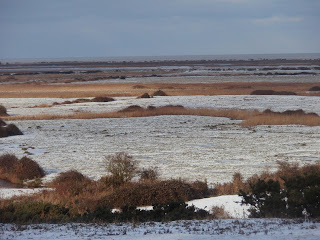 Morston Information Centre
Morston Quay Information Centre offers a fantastic opportunity to get a panoramic view of the Nature Reserve at the top of the observation tower. Leaflets and information panels can be found here (open during busy periods dependent on weather and tides) and at the Lifeboat House on Blakeney Point (open from dawn to dusk from April to end of September). 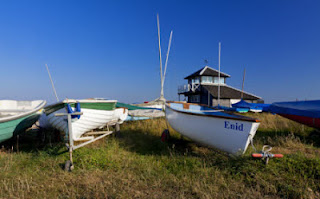 Membership
To gain free entry to some of the country’s most beautiful places, join the National Trust at Morston Quay (open during busy periods) and Blakeney National Nature Reserve will directly benefit from your membership purchase.

Toilets are available at Morston Quay (NT), Blakeney Quay (non NT) and on Blakeney Point (NT) from April to end of September.

THINGS TO DO
Take a seal boat trip from Morston Quay
The ferries offer the best way of getting close to the seals (all year) and terns (summer only), without causing any disturbance. Some trips offer the chance to land on Blakeney Point and visit the Lifeboat House.

Get walking
Walks of any length can be enjoyed throughout the property. The North Norfolk Coast Path (www.nationaltrail.co.uk/peddarsway/) runs along the southern edge of the reserve.

Sailing and boating
You can sail from Blakeney and Morston Quays. Please contact the National Trust Office for water safety information, ‘A Good Practice Guide’ leaflet for Blakeney Harbour and details of local byelaws.

Bird watching
Blakeney National Nature Reserve and the North Norfolk coast are famous for their birdlife. A walk anywhere on the reserve will offer the chance to see some special coastal birds. Look for waders, ducks and geese on the marshes or in the harbour, or terns fishing over the sea in summer. Spring and Autumn bring the chance to try and find rare migrants.

Get involved
There are casual and long-term volunteering opportunities at Blakeney. Please contact the property office for further details.

Help us to keep Blakeney special
The abundance of rare habitats and wildlife and the popularity of the Norfolk Coast means this area needs to be used and managed sensitively. Finding a balance between allowing people to explore and enjoy Blakeney National Nature Reserve, while also protecting the landscape and wildlife of this unique site is a constant challenge, please support us in caring for this special place.

To protect the conservation interests of the site certain activities are restricted, and you can help us to keep Blakeney special by following these simple rules–
No fires
No camping
No power kites

Dog walking
Dogs under close control or on a lead everywhere except: No dogs permitted on Blakeney Point from early April to Mid-August except for areas near Cley Beach and around the Lifeboat House. No dogs permitted on Friary Hills at any time. If your dog fouls, please dispose of the faeces responsibly. Dog bins are provided at Morston and Blakeney Quays.