11th of June: Oystercatchers and Olivers

In May we found an Oystercatcher scrape containing seven eggs, which was predated. Although it is sad to see a nest fail, it is only natural that some will be taken by predators, after all Oystercatchers are predators themselves, feeding on bivalves such as cockles. Most birds will have another attempt if they fail the first time, and this is what has happened to this Oystercatcher nest. In the same scrape another five eggs have appeared over the last few days. The clutch size for an Oystercatcher is two to four eggs, so it seems that, like before, the same two females have both laid in the same scrape. We put a trail camera on this nest and captured the following clip:
The clip shows an incubation changeover, where one adult takes over from the other. However, in this case one bird seems to force the other off the nest. We wondered whether this could be the two females incubating the same nest? Unfortunately it is very hard to know for sure.

For a comparison, this next clip shows a normal changeover between male and female Oystercatchers. This bird seems a lot less reluctant to leave the nest...

Things have slowed down on the migrant bird front. The Pied Flycatcher stayed for two days but has now moved on. This morning 70 Canada Geese flew in off the sea and this afternoon a Grey Heron flew over the beach only to be mobbed by Herring Gulls.


In botanical news, we recently found a new plant for the Point: Cow Parsley. 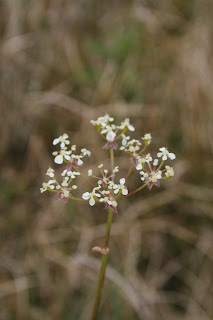 A couple of weeks ago we had a very special visitor on Blakeney Point. We were thrilled to be visited by Professor Francis Oliver’s grandson, Stephen. Francis Oliver was a botanist from the University College London (UCL) who spent much time studying the vegetation of the Point. Professor Oliver played a big part in the acquisition of the Point in 1912 recognising the need to protect its wildlife and habitats. 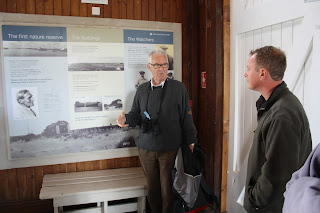 Stephen brought a collection of old photographs, letters and documents, some dating as far back as 1910. He also shared with us many of his memories of the Point from the 1950s as well as stories about his grandfather. Among the items Stephen showed us was this pressed plant, which is 99 years old: 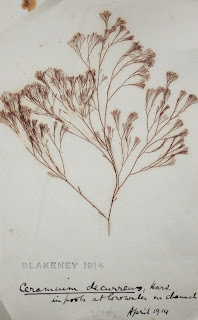 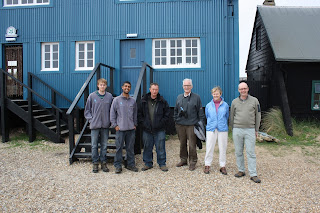 
In other news; on our respective days off all three of us went to the Norfolk Broads and all saw Swallowtails. Matt took this photograph at the RSPB's Strumpshaw Fen: 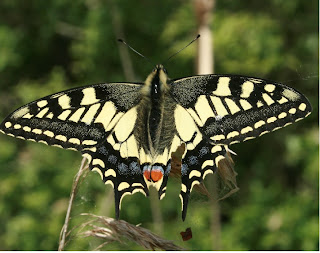 Swallowtails can sometimes be seen at the National Trust's Horsey estate, near Great Yarmouth. It is well worth a visit if you are nearby.