It's the longest day of the year, but by no means the warmest. However, the Point is looking very colourful with many of its characteristic plants in flower. 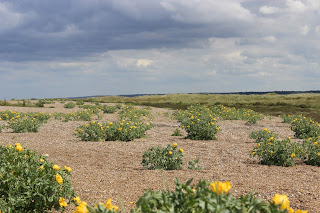 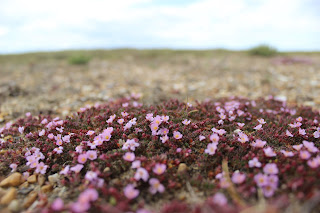 The rare and delicate Sea-heath 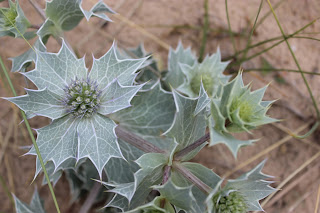 Over the past two weeks, we have seen an influx of late-arriving Sandwich Terns. Today, a total of 314 new nests were counted on the tip of Far Point alongside Common and Little Terns. 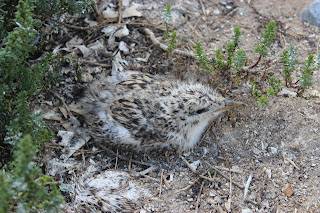 This year, we are continuing our research into the factors affecting Little Tern breeding success, which involves the use of trail cameras on nests. This week, we captured an Oystercatcher tucking into a poor Little Tern's eggs... 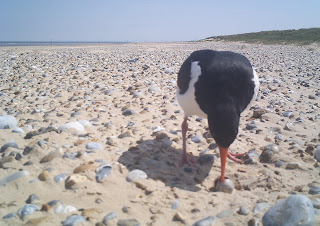 We also observed a Mediterranean Gull trying to raid a Common Tern nest of it's eggs. It's a bird-eat-bird world! 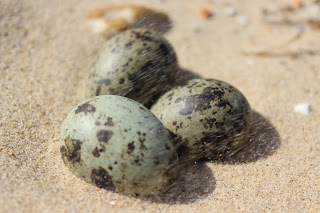 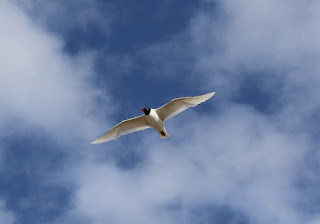 After last weekend's rarities, migration has slowed down. But we were treated to a female Nightjar in the Garden on Thursday morning, and a smart male Wheatear this afternoon.

Wednesday's low tide seal count totalled 434 Grey and 153 Common. This is the highest Common Seal count for some time. Over the next few weeks, we expect to see the first of this year's Common Seal pups.