24th of May: Blakeney Blue

Today saw the arrival of one of the most special visitors to Blakeney Point... 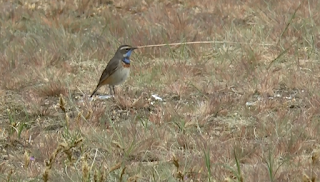 The Bluethroat is perhaps the iconic Blakeney Point spring migrant, but is rarely so showy. 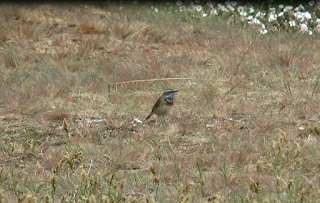 Paul captured some footage of the bird by the Tamarisk.
Perhaps the first Bluethroat to be filmed on the Point?

We would like to thank those who came up to see the bird for being respectful and not disturbing it. It was a surprise that so few people made the effort to come and see this most beautiful of birds.

The Bluethroat was undoubtedly the highlight of the week. But other discoveries included....

Marbled Coronet in the moth trap 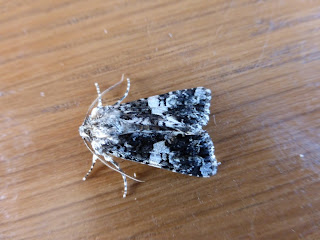 799 Sandwich Tern nests in the colony 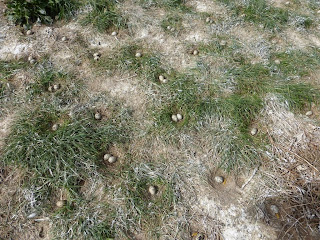 There are now lots of eggs on the sand and shingle, including dozens of Oystercatchers.
Sadly these are at risk from predation by Common Gulls... 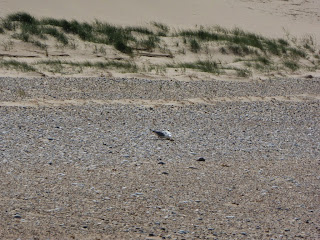 Finishing on a happier note...
We now have Avocet chicks on the Point 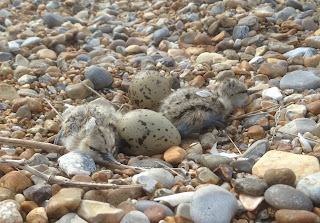 - Ajay (with photos from Paul and Sarah)
Please note that it is illegal to photograph Schedule 1 bird species at their nesting sites (including Avocets and Little Terns) without a licence. We are licenced for nest monitoring purposes.
Posted by Norfolk Coast National Trust at 23:42